The Magic Number of 3

After the Safari Zone in Dortmund earlier this month, we’d unlocked the new event type “Articuno Day”, which gave us three hours of Articuno Raids, on all non-locked Gyms.

This was the reward for fulfilling the goals for the first of three live events this summer. With the next two events coming up later this summer, and Go fest is actually underway right now. We know by now, that if we’re able to meet the required goals of the Go fest Global Challenge, we’ll unlock Zappos Day.

And now it’s time to step in the DeLorean, and look at the future, because as we know, the third and last event of the Summer tour, is the Safari Zone in Japan in late summer. This event also has a global reward, if the goals are met. With what we know of the other two events, we’ll probably see yet another Legendary day, where we’ll be able to catch Moltres in three hours around the world, with a so called Moltres Day.

So for the entire summer, we’re counting from one to three, and looking at the picture below, we see starters from Generation 4. So when we think about this, then might that be the number four, we’re counting towards? The fourth generation being the fourth reward of the summer. Maybe, just maybe, we’ll see the next generation already late summer.

Give me your thoughts below. 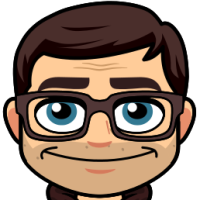 Author : DonBananMike
I'm Mike! I'm a software developer living in Herlev near Copenhagen, Denmark. I'm primarily interested in Software Development, Pokémon GO and F.C. København. I'm the man behind pokebase.dk, the largest Danish website for Pokémon GO. Other than that I've worked with Software since 2012 and been holding season tickets for Sektion 12 at Parken since 2009.

0 thoughts on “The Magic Number of 3”